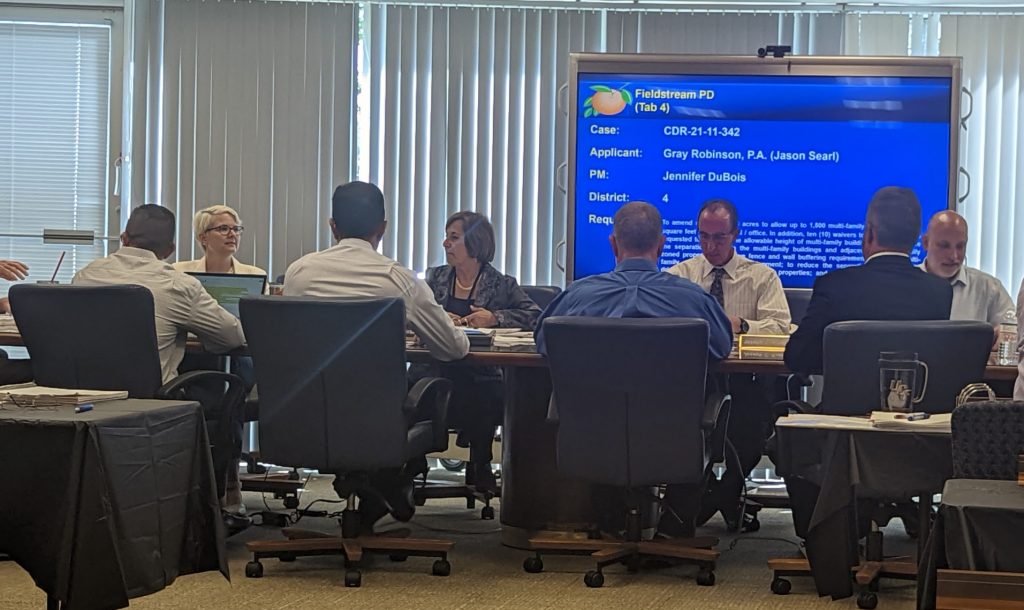 MMI’s plan calls for cleaning up an old Orange County dump on Lake Underhill Road and restoring the 38-acre site for the purpose of developing market-rate apartments as well as neighborhood village commercial space.  Coupled with the planned clean-up, MMI proposes to also construct a full upgrade of Lake Underhill Road from Dean to Rouse roads to modern standards. The road plan further proposes the construction of two roundabouts that will improve traffic flow in the congested corridor as well as pedestrian safety and walkability.

The Fieldstream Village plan calls for the development of up to 1,500 apartments in phases and up to 100,000 square feet of walkable commercial/retail/office space. Several significant retailers already have signed letters of intent to occupy space in the project, including Clemons Produce, Foxtail Coffee, Bruno’s Pizza and Kanine Social, among others.